How Freelance Austin Got Its Start: An Interview with Founder Patti DeNucci

By: Elisa Leichty Posted in Faces of Freelance Austin

Faces of Freelance Austin is a monthly feature to get to know one of our many members just a little bit better. We’re pleased to kick off our very first installment with the founder of Freelance Austin, Patti DeNucci. Want to nominate a member to be interviewed for this feature? Let us know! Fun fact about yourself:

My super hero power is teaching motivated people how to Live, Work & Connect at a Higher Level™.

How do you describe the work you do?

In 1989 I decided it was time to become my own boss so I could have a more flexible schedule as I raised my son. I also love the freedom to pick and choose the work I do and the clients I work with.

In 1992 you formed the group that would become Freelance Austin, known then as First Tuesday Freelancers. What made you start a freelance networking group at that time?

I started freelancing in 1989 and per the advice of Laura Tuma (I knew her because I had worked with her husband Damond Benningfield) joined WCA (then it was called WICI). I loved the group and became very involved on the Board. However it seemed that Austin did not have a group for freelancers who worked with businesses, associations, non-profits and government organizations. There was the Writers’ League, but that was primarily made up of novelists, poets, and magazine writers. A good group to be sure, but not what I was seeking.

One day Ann Friou and I were having coffee at Chez Zee and she mentioned that the Dallas chapter of WICI had a subgroup of freelancers that met once a month. That was the inspiration. I thought, “We should have that!” So I contacted friends who were also freelancers and we initially met in my home. Very casual.

We grew and I was able to secure use of a community room at a local bank. (Banks used to have those back then — not many do now.)

We got together over lunch (bring your own) and discussed numerous topics of interest and concern to us. It was very grassroots and fun. That was how I met Margaret Harrist and many other people who are still good friends and valued peers.

How have you seen communications freelancing evolve since then?

There are many more ways to freelance and the emergence and growth of the Internet / Web / Technology have made things both better and more complex and challenging.

And then there’s the whole offshore factor. People can go online and hire a freelancer to do a task for pennies on the dollar now. It’s much more commoditized.  In order to be a really successful freelancer, you have to offer more than just skills. You have to really offer personality / people skills, polish, vision, customer service, a strategic mind, and much more.

What might recent members not know about the early days of Freelance Austin?

We were more isolated and a lot less (instantly) connected to each other. Freelance Austin and WICI were our lifelines. Otherwise you worked at home, at your little desk. And unless you talked on the phone or set up coffee or lunch meetings, you were pretty much on your own. The learning curve (and everything else) took much longer.
Additionally, I had to create, address and snail mail promotional postcards to announce our meetings.  Very time-consuming and expensive. But people responded and it worked.  It was a very simple operation, but it took time. Now they have a group that runs it, but in the beginning it was just me.  It was fun, very rewarding, and I’m so glad it’s grown and evolved into a larger and more valuable community under the wing of WCA.

Don’t forget to nominate someone for a future Faces of Freelance Austin interview! Who should we feature next? 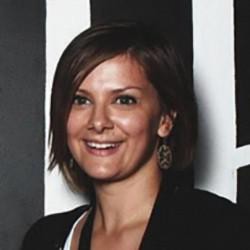