5 Tips to Increase Your Freelance Writing Productivity by 60% At one point, my daily writing wordcount tapped out at 2,000-2,500 words, no matter what I did. And if I wrote that much, I was totally fried for the rest of the day—it was pretty much naps and Netflix for me. I’m a fast writer, so I could have settled there…but I’m also driven to constantly experiment with my workflow. So last year, over a few weeks, I made one tweak at a time. And I found a routine that lets me average 3,000-3,500 words/day, and leaves 1-3 hours after where I’m not too fried to do other light work.

That percentage increase is based purely on my wordcount, not factoring in for the other work that I can get done in a day after writing. Not too shabby, right? So what exactly made that huge difference? I boiled it down to five things:

Don’t do email or social media (or anything else) first thing in the morning. I’m no angel, I check it from my phone while walking my dog like everyone else, but when I get on the computer, it’s my goal to write first. Sometimes, I’ll do a “why today will be awesome” post on Facebook (a habit I’ve shamelessly swiped from Shenee) before I dive in to work, just because it puts me in the right mood and takes less than 5 minutes.

Other than that, it’s straight into the writing. I’m not really an early bird, especially by writer’s standards. I consider 9 AM the start of my office hours and I aim to be at my computer by then and writing no later than 9:30.

The takeaway for creative professionals here is to do your most important work or brain-heavy work (shock: this is often the same work) first in the day. For writers, that’s writing. It’s tempting to look at your to do list and think, “Oh, I’ll do these three little admin tasks that’ll take 5-15 minutes each, and then I’ll start my day with some momentum!” Sadly, it just doesn’t work that way in reality. What actually happens is more like:

Once you get your block of “most important work” done, take a break. I typically write from 9-1 (sometimes 9-2 if I really feel like I’m in a groove and can keep going), and then I take a 30-60 minute lunch break.

I’ve experimented with this and if I take a break less than 30 minutes, or worse, just push through, my productivity takes a nosedive after the writing block. I’m not even good for basic math problems. On the other hand, if I take a break and let my brain reset, when I go back to my work I actually get things done. Not typically writing (although it happens every now and then), but I’m good for light admin work, brainstorming on my marketing strategy or processing email.

This goes hand in hand with writing first, but is such a productivity downer that it requires its own heading. Don’t do meetings during your writing block of time. Just. Don’t. Do. It. This is especially important for introverted people, but I’d argue it’s important for everyone, for the same reason as not doing admin tasks in the morning.

There’s the added side effect of meetings often running 5-15 minutes late, which means that instead of starting on your most important work first thing, you’re starting it two hours into your day. Then, you only have an hour or two until lunch, which is actually plenty of time to work, but it doesn’t sound like it is, which leads to the famous “I don’t have enough time to really work on this project, so I’m going to play around on Facebook instead,” syndrome. It’s a negative domino effect that can sidetrack your whole day.

Schedule your meetings for later in the day, when you’d typically be doing your lower brainpower work anyways. Let’s face it: meetings don’t usually require you to be “all there” in the same way that writing or editing does. Don’t give them the same priority in your workflow. (In general, I’d recommend cutting meetings whenever possible, because they’re just not great for productivity overall.)

Do the pre-work and post-work separately (and batch it)

This is why I can jump straight into writing at 9 AM–because the pre-work is already done. And I get the editing and outlining done much faster (without a drop in quality) by batching it, as well.

The idea (and science) behind batching is that switching tasks is a productivity drain–every time you change tasks, it takes you about 25 minutes to regain your focus. By doing things all at once, you cut out that “switching cost” that normally happens when you change tasks. For my workflow, when you add that up for 5+ articles a week, it amounts to 4+ hours of saved time a week (25 minutes of focus regained between outlining and writing, and between writing and editing, for each article). Given that, once I’m in the flow, I can write 700-1,000 words an hour, that adds up to a big increase in output.

The takeaway for your business: What’s your pre-work? You know, the work before the work. Or, as with editing, the work after the work. How can you batch it and otherwise separate it from the “real work”? (Read more about batching here: A Day Without Distraction: Lessons Learned from 12 Hours of Forced Focus)

This article gives a breakdown of what tasks music works with/against, although the writer concludes that lyrics-based music is awful for writing or other language based tasks. (They also suggest video game soundtracks, which I’m personally quite fond of–Chrono Cross OST for the win!) Music with lyrics works for me, although I typically steer away from lyrics that I don’t know.

Music works for me because:

My work music tastes tend towards the upbeat, often with some kind of synth-y elements. I think upbeat music works well for me because it puts me in a good mood, which makes sense given the aforementioned research.

Some of my favorite bands to work to: Architecture in Helsinki, Matt and Kim, and Joe Strummer and the Mescaleros (because Joe Strummer is appropriate for all situations ever).

When I experimented with working longer (I’ve seen people suggest 60 or 90 minute work sprints), I found that my attention span took a flying leap at 45 minutes anyways, so I might as well have a break there. This lets me focus more knowing that I’ve got a break coming up, and it adds a sense of urgency and self-competition. (I’m totally that dork that’ll be all “Let’s see if I can finish this in one sprint!”)

The common thread between this and work music is the sense of focus they both add to your workday. When you’re a creative professional with seemingly endless ideas and a whole day of your own planning (that’s simultaneously huge and waytoosmall), it’s easy to get overwhelmed and meander.

Think of a kid at a buffet: “I want some of this. And that. And that. Oooh, what’s that one? It looks fun! Look at this dessert table! So many options!” And then they come back to the table with three plates full of food and no way to eat it all because of physics and the sad, sad limitations of the human body.

Giving yourself “blinders” eliminates buffet syndrome. In this case, that’s a 45-minute work sprint that focuses you on the task at hand. (Or headphones that reduce distracting sensory input.)

Bonus: have an accountability partner for sprints

Sadly, I haven’t found an app or an online replacement that works for this, and I’ve fallen off the wagon a bit with it as my main coworking buddy moved away. But for a while, I’d meet up with my friend, and we’d do work sprints together. We’d set a timer for 45 minutes, “go in,” and then take a 15 minute break together while stretching or refilling our water/coffee or snacking. I was measurably more productive on the days of doing this vs. the days that I work alone, even if I’m doing sprints while working alone.

In theory, you could do accountability partnership via Twitter or chatting (whether via G-chat or Slack or Facebook messenger) or a Facebook group. The problem is that each of these (barring Slack) opens you up to a whole new level of distraction. You go to check your Google chat window and wind up answering emails for 15 minutes. You check in on Facebook and–hey is that a video of a BABY PANDA? I did set up a freelancer water cooler channel in Slack and have tried this a bit there to some success, so it might work for you!

What’d you think? Are any of these going to work for your business? I’d love to hear your thoughts below! 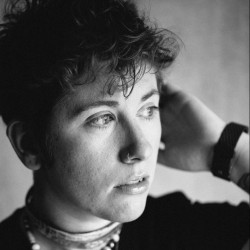 Michelle Nickolaisen
Freelance writer/content marketer at Bombchelle Industries
Michelle Nickolaisen is a freelance writer based in Austin, TX. She's the creator of the Freelancer Planner and writes about productivity for freelancers at Bombchelle. When she's not writing or working on one of her (many) projects, she's probably watching something on Netflix that involves sci-fi or superheroes.